To share your memory on the wall of Normand Baril, sign in using one of the following options:

Print
Normand J. Baril, 92, of Homestead Hall of Worcester, and formerly of Pakachoag Street, Auburn, passed away peacefully on Saturday September 19, 2020, with his family by his side.

He leaves his wife of 66 years, Theresa (Dzieniszewski) B... Read More
Normand J. Baril, 92, of Homestead Hall of Worcester, and formerly of Pakachoag Street, Auburn, passed away peacefully on Saturday September 19, 2020, with his family by his side.

Born, raised, and educated in Worcester, Normand graduated from Worcester Boys’ Trade School as a Plumber in 1946. In 1950, he enlisted in the U.S. Army during the Korean conflict and served for two years. Normand was honorably discharged as a Corporal. He worked for both the Worcester School Department and Worcester State Hospital as the Plumber Foreman for over forty-five years, retiring at 65 years old.

In his free time, Normand enjoyed playing cards, candlepin bowling, as well as going dancing with his wife, Theresa, and attending social functions with their friends. He also coached minor Ty Cobb Little League in Worcester, when his sons were small.

In lieu of flowers, memorial donations may be made to JHC Hospice, 646 Salisbury Street, Worcester, MA 01609.

Relatives and friends are invited to the celebration of Normand’s funeral Mass at 11:00 AM on Thursday September 24, 2020 at North American Martyrs Church, 8 Wyoma Drive, Auburn, MA. Burial, with military honors, will follow in Notre Dame Cemetery, Worcester. Masks will be required at both the church and cemetery, and social distancing measures will be taken.

The BRITTON-WALLACE FUNERAL HOME, 91 Central Street, Auburn, is honored to be assisting with arrangements.
Read Less

Receive notifications about information and event scheduling for Normand

The insignias listed here may be subject to copyright and/or trademarked. Those copyrights and trademarks are owned by the respective organizations.

Consider providing a gift of comfort for the family of Normand Baril by sending flowers.

We encourage you to share your most beloved memories of Normand here, so that the family and other loved ones can always see it. You can upload cherished photographs, or share your favorite stories, and can even comment on those shared by others.

Posted Sep 24, 2020 at 08:08am
Dear Aunt Theresa, David,Richie and Jimmy I am so sorry got your loss.
May it help to know that many are holding you close in thought and remembering him with love.
My thoughts and prayers are with you at this difficult time.
Love,
Pat
Comment Share
Share via:
B

Posted Sep 22, 2020 at 09:49am
So sorry to hear of your loss. Please accept our deepest condolences on behalf of the New Jersey Barils. Dave and Alberta Baril, son of Francis and Patricia Baril of Oxford, Mass.
Comment Share
Share via: 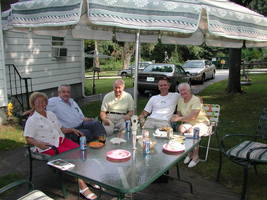 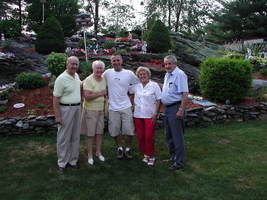