To share your memory on the wall of David Wyner, sign in using one of the following options:

Born in 1944 in Boston, MA. to Edward and Helen (Crowley) Wyner, David was one of six brothers who grew up together in the Ritz-Carlton B... Read More
David Eliot Wyner, 76, passed peacefully in Sterling, Massachusetts on Sunday, December 20th, 2020.

Born in 1944 in Boston, MA. to Edward and Helen (Crowley) Wyner, David was one of six brothers who grew up together in the Ritz-Carlton Boston, which his father, Edward, built and operated from 1927-1961. A gifted storyteller, David often recounted his time at The Ritz with colorful anecdotes of celebrity encounters, “unique” experiences, and healthy amounts of brotherly mischief. David attended The Shady Hill School, Boston Latin School, and ultimately Boston University.

In 1971, David married Patricia Bryan, of Huntington, WV, and the couple moved to Maui, Hawaii. A talented tennis player, David served as Head Pro at the Sheraton Maui Resort. The couple ultimately moved back to the Boston area where they lived in Westborough, Southborough, and Northborough while raising their two sons, both of whom David adored. Ever-involved in their day-to-day lives, David relished carpooling the boys to Fay School every morning when they were young, and he rarely missed a school or sporting event. During the summers, the extended family enjoyed many memorable times on Cape Cod. David’s fierce love for his family was unwavering through his last day.

As “his own boss,” David’s career included many achievements. Through the 70’s, 80’s and 90’s he owned/co-owned the Westborough Tennis Club, Shrewsbury Racquet Club, Paxton Tennis Club, and the Brant Point Racquet Club on Nantucket. Additionally, he had a knack for real estate, developing waterfront properties on Cape Cod and in Maine.
Most recently, David resided with Patty at Southgate in Shrewsbury. There, they enjoyed bridge games together with friends, and David’s signature charm and good humor created comradery among staff and fellow residents.

A memorial celebration will be planned in Summer 2021. In lieu of flowers donations may be made in David’s honor to the Congregational Church of Westboro and can be sent to the church at 57 W. Main St., Westborough, MA. 01581.
Read Less

Print
A memorial celebration will be planned for Summer 2021.

Posted Dec 27, 2020 at 05:20pm
"My deepest condolences to David and his family. I graduated with David from BLS in 1963. I vividly remember the quite interesting stories that David shared about his life at the Ritz, and about his unusual vacations, and his Jaguar convertible, which we all admired. David was worldly and demonstrated a maturity beyond us . He certainly added color to our student body."
Comment Share
Share via:

Posted Dec 27, 2020 at 10:52am
I am so saddened to hear this, Dave was a great friend. We spent a lot of time together with our little dog group years ago. Cold, rain, snow, no matter the weather we would huddle around and watch the dogs play. I am sure all those dogs who all have passed on were waiting for him especially his beloved Connor. We grew apart but kept in touch through each other. Dave was a great guy, enjoyed his stories of growing up and proud to call him my friend. Patty and boys I am so sorry and my thoughts go out to you at this time. Love
Comment Share
Share via:
CB

Posted Dec 27, 2020 at 10:08am
I knew Dave through our mutual love of dogs. For a few years we would meet almost everyday with a small group of people and our dogs at the northboro fish and game. Dave was a great story teller, he became a good friend and man did he love his dog Connor! I will always cherish those memories, his sense of humor, wit and generosity. Over time our group drifted apart but I know we will all never forget Dave and I will always remember him with a smile. he was a very special human being. I am so sorry for his family's loss of such a great man.
Comment Share
Share via:
KH

Posted Dec 23, 2020 at 01:35pm
My deepest sympathy to David's wife and family. David was a classmate at Shady Hill School. I have not seen him for too many years, but he will always be in the memories
of my youth.
Comment Share
Share via:
MI

Posted Dec 23, 2020 at 12:33pm
David You will be remembered for many things. Since I only once saw you after graduation My memory of a distinct moment shall be shared. Our six man football coach wanted to showus all that he was fit as a fiddle so he ran the 100 meters quite fast and hard. Unfortunately, you didnt know how to use the stop watch. So no one know how fast or s l o w. He ran but he was spitting nails when he learned that.
Comment Share
Share via: 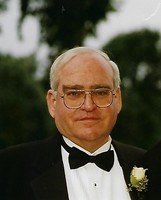