To share your memory on the wall of Angelina Vigliatura, sign in using one of the following options:

In lieu of flowers, memorial donations may be made to Shriner’s Hospitals for Children (Attn: Development Office, 51 Blossom Street, Boston, MA 02114 or via www.shrinershospitalsforchildren.org/boston).

Services for Lena were held privately for her family and she was buried alongside her husband, Jack, in Mountain View Cemetery. The Britton-Shrewsbury Funeral Home is honored to be assisting with arrangements.
Read Less

Receive notifications about information and event scheduling for Angelina

Print
Services were held privately, and Lena was buried alongside her husband in Mountain View Cemetery.

We encourage you to share your most beloved memories of Angelina here, so that the family and other loved ones can always see it. You can upload cherished photographs, or share your favorite stories, and can even comment on those shared by others.

Posted Feb 25, 2021 at 05:50pm
To the entire Vigliatura family, I extend my deepest condolences and sympathies on the death of your mom Lena. Memories of your home and your mom and dad are forever etched in my mind! I’ll always remember the constant presence of fine smelling, and tasting, food on the stove and the warm welcome that always went with it!
Comment Share
Share via:
CW

Posted Feb 11, 2021 at 10:22am
Ginny, we were so sorry to hear the news of the passing of your mom. We hope the memories of your vibrant mom will comfort you in the days ahead. Deepest condolences, Carol and Bob Warfield.
Comment Share
Share via:
SD

Posted Feb 07, 2021 at 11:05am
Auntie Lena, you were always so loving, so caring and so sweet to all of us growing up. I feel so blessed to have had such wonderful parents, Aunts and Uncles in my life..... you have all moved on now but I will never forget each and everyone of you......always remembered and always loved, may you all Rest In Peace, Bob Vigliatura
Comment Share
Share via:

Posted Feb 07, 2021 at 09:43am
My mother was a close friend of Lena's for many years...Phyllis and Lena would have coffee time, to catch up on family news. I remember when I was young, going to her house in Millbury to visit. Many wonderful memories. My condolences to her family. Debbie Ivory Army
Comment Share
Share via: 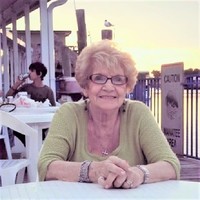