To share your memory on the wall of Thomas Billings, sign in using one of the following options:

Print
Thomas P. Billings, 92, lifetime Shrewsbury resident, passed away peacefully on the morning of Monday, February 8, 2021 with his loving family at his bedside.

Born in Worcester and raised in Shrewsbury, Thomas was the only child of the l... Read More
Thomas P. Billings, 92, lifetime Shrewsbury resident, passed away peacefully on the morning of Monday, February 8, 2021 with his loving family at his bedside.

Born in Worcester and raised in Shrewsbury, Thomas was the only child of the late Wilfred A. (Tony) and Margaret (Garganigo) Billings. He was a graduate of Major Howard W. Beal High School in Shrewsbury, prior to attending Worcester Junior College, graduating with an Associate degree in Engineering. He entered the U.S. Army in Jan. of 1951 serving his country in Germany during the Occupation, until transferring to the Reserves in Dec. 1952. Thomas married Barbara M. (Nieuwenhoff) Billings, his best friend and partner in all things, on October 30, 1954. The pair settled in Shrewsbury to begin their family and recently celebrated their 66th wedding anniversary. He was a hoisting engineer for the International Union of Operating Engineers (IUOE) Local #4 his entire career. His expertise was sought after, and was well known throughout the Commonwealth.

Thomas was known as a “Jack of all Trades” amongst family and friends for his many talents. He could fix anything, and if you needed it - he had it! He was a member of the Victor R. Quaranta American Legion Post #397, the Worcester Pistol and Rifle Club in Boylston, and the National Rifle Association.

Along with his beloved Barbara, he leaves his children: Nancy A. (Billings) Breault and her husband Francis M. Breault, of Shrewsbury, Patricia M.( Billings) Hoey and her husband Timothy C. Hoey, of Milford, Richard A. Billings and his wife Sara, of Northborough, and Lisa M. Billings, of Shrewsbury; seven grandchildren; and several nieces and nephews.

Services and burial with military honors will be held privately for the Billings family. The Britton-Shrewsbury Funeral Home, 648 Main Street, Shrewsbury is honored to be assisting with arrangements.
Read Less

Receive notifications about information and event scheduling for Thomas

Print
Services and burial with military honors will be held privately for Thomas' family.

We encourage you to share your most beloved memories of Thomas here, so that the family and other loved ones can always see it. You can upload cherished photographs, or share your favorite stories, and can even comment on those shared by others.

Posted Feb 11, 2021 at 08:59pm
To Barbara, Lisa and the entire Billings family: My deepest sympathy on the passing of Tom, your dear husband/ father/ grandfather. May he rest in eternal peace.
Comment Share
Share via: 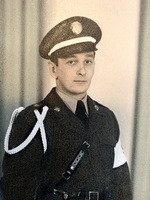 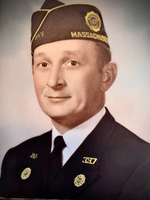 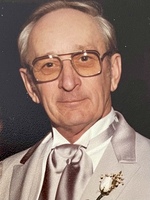