To share your memory on the wall of Thaddeus Gregarczyk, sign in using one of the following options:

Print
Thaddeus T. (Ted) Gregarczyk, longtime Shrewsbury resident, passed away unexpectedly at home on Tuesday, February 16, 2021. He was predeceased by his beloved wife of 70yrs Irene A. (Michalak), who passed in December of 2019.

He leaves hi... Read More
Thaddeus T. (Ted) Gregarczyk, longtime Shrewsbury resident, passed away unexpectedly at home on Tuesday, February 16, 2021. He was predeceased by his beloved wife of 70yrs Irene A. (Michalak), who passed in December of 2019.

He leaves his daughters, Carolyn A. Plante of Texas and Maria J. Cullen of Princeton; his grandchildren, Ryan, Evan, Ian, Alessandra and Jocelyn; his siblings Viola Watt and John Gregarczyk; and was a treasured uncle to many nieces, nephews, great-nieces and great-nephews. Along with his beloved Irene, Thaddeus was predeceased by his parents, John and Bronislawa (Ozehowska) Gregarczyk and his siblings, Isobel, Jane, Ottilie, Genevieve, Mitchell and Joseph.

Thaddeus was born and raised in Worcester, graduating from Worcester Boys Trade where he specialized in Welding. He received certification as a welder before enlisting in the U.S. Army during WWII. Thaddeus proudly served his country for three years, most of his military time served in the European theater, until his honorable discharge in1946. He married Irene in 1949 and they settled in Shrewsbury to begin their family.

Thaddeus was a Master Carpenter and a member of the Carpenter’s Union Local #336, formerly Local #107.

He enjoyed vegetable gardening and, in younger years, fishing and golfing with his brothers and brothers-in-law. He especially enjoyed taking his daughters to fish at Jordan Pond.

His family would like to specially thank Linda Palmerino for her constant thoughtfulness.

In lieu of flowers, memorial donations may be made to Veteran’s Inc., 69 Grove Street, Worcester, 01605 (www.veteransinc.org/).

Relatives and friends are invited to visit with the Gregarczyk family between 10 and 10:45 AM on Friday, February 26, 2021 at St. Anne’s Church, 130 Boston Turnpike, Shrewsbury, followed by his funeral Mass at 11. Burial with military honors will be held at Mountain View Cemetery, Shrewsbury.

Receive notifications about information and event scheduling for Thaddeus

Consider providing a gift of comfort for the family of Thaddeus Gregarczyk by sending flowers.

We encourage you to share your most beloved memories of Thaddeus here, so that the family and other loved ones can always see it. You can upload cherished photographs, or share your favorite stories, and can even comment on those shared by others.

Posted Feb 21, 2021 at 07:00pm
Dear Carolyn, Maria and Families,
My sincere sympathy on the loss of your Dad and Grandfather. I will miss all of his stories about his boyhood, his times in the Army overseas and mostly his fond remembrance that he shared of his mother's cooking. I only wished I had written some of them down.
Thinking of all of you at this difficult time.
Love Linda Palmerino
Comment Share
Share via: 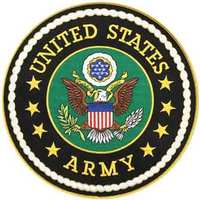