To share your memory on the wall of Richard Johnston, sign in using one of the following options:

Print
Richard P. Johnston, Sr., 70, of Worcester, passed away on Sunday, March 14, 2021 at UMASS-University Campus Hospital with his loving children by his side.

He leaves behind two sons, Richard P. Johnston, Jr. and his wife Lynn of Worcester and George Maringo and his wife Amy of Millbury; a daughter, Tammy Sousa and her husband Serry of Millbury; also survived by seven grandchildren; a brother, David Johnston and his wife Sarah of San Francisco, CA; a sister, Patricia Corley and her husband Hal of Marietta, GA and his sister-in-law, Dee Johnston of Las Vegas, NV. He was predeceased by his parents, Robert and Evelyn (Robertson) Johnston and a brother Robert Johnston.

Richard loved spending time with his loving children and grandchildren. He enjoyed going to Twin River Casino and the horse races. He was an avid Boston Sports fan.

Richard worked very hard all his life as a Machinist working at such companies as Heald Machine, Kennedy Die Cast and later retiring from Metso in Shrewsbury.

We would like to thank his caregivers Chris and Nicole.

Funeral services will be held privately for Richard’s family. A Celebration of Life will be held at a later date.

Receive notifications about information and event scheduling for Richard

Print
A Celebration of Life will be held when it's safe to gather.

We encourage you to share your most beloved memories of Richard here, so that the family and other loved ones can always see it. You can upload cherished photographs, or share your favorite stories, and can even comment on those shared by others.

Posted Mar 18, 2021 at 05:07pm
Rip Richard (Dickie).
We always enjoyed playing cards with him. He had an unique laugh.. Our prayer and thoughts to his family and friends. 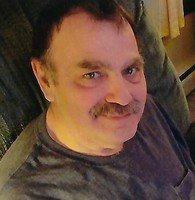