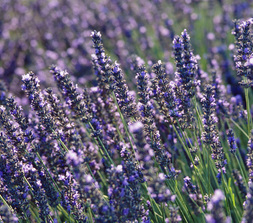 Memorial Candle Tribute From
Britton Funeral Homes, Inc.
"We are honored to provide this Book of Memories to the family."
View full message >>>
In Memory of
Donald
Nelson
1927 - 2008
Menu
Send Flowers
Plant a Tree In Memory of Your Loved One
Click Here

He was born and raised in Worcester, son of the late Fritz and Winifred (Bombard) Nelson and has lived in Shrewsbury for many years. He graduated from Emerson College, Boston.

An accomlished trumet layer and vocalist, Bob was the leader of the "Bob Nelson Orchestra". His grou layed as the house band at the Pleasant Valley Country Club in Sutton, for many years. The orchestra was also a featured grou at the former Yankee Drummer Inn in Auburn, and the former Framingham Motor Inn. Bob also had a long career with Equifax as an insurance investigator.

Relatvies and friends are invited to attend Bob's funeral on Saturday, January 12th with a Mass celebrated at 11 AM in Saint Mary's Church, 640 Main St., Shrewsbury. There are no calling hours, and burial will be rivate.
<>
Printable
Share on Facebook